Bye, George – It’s been a hell of a ride 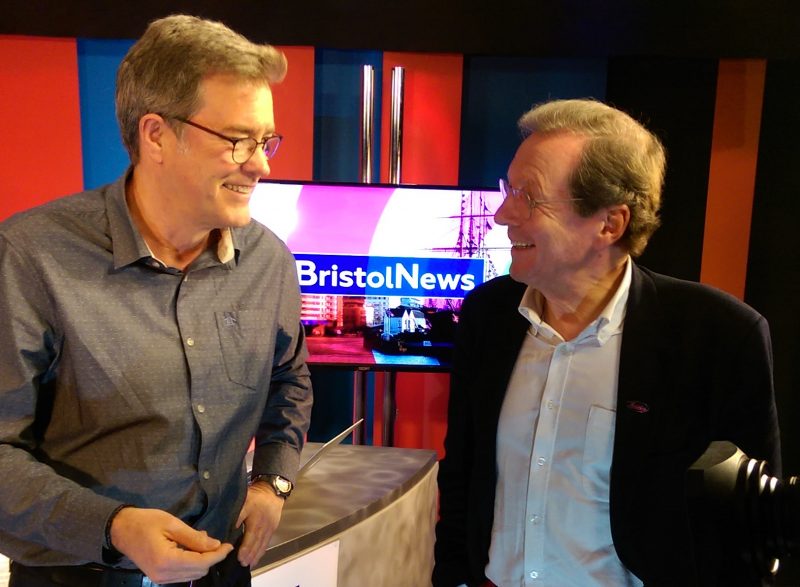 The eyes of the country were on Bristol, which bucked the trend in 2012 and was the only city to take up the Government’s offer to elect an accountable mayor. Architect and internationally renowned city planner George Ferguson, standing as an independent,  won the race to City Hall, beating Marvin Rees. Four years later the roles were reversed. Steve followed the events closely on his radio show, interviewing both men many times, including when he hosted the biggest ever debate on the BBC Parliament channel. Here are Steve’s reflections in an article for the online news magazine B24/7

‘And the first to leave the Big Brother House’…well, no-one actually, because they were all there, pretty much, till the bitter end, all thirteen of them, and what an eclectic and diverse bunch they were. But, as in any reality show, we got to know and love them in their own way, The adult movie star who saw no conflict in making a porn movie in a public park with being Mayor, the candidate who got lost in Bristol and missed his big interview, another who promised a rainbow cabinet of the talents no matter what party…as long as they weren’t Conservative. Oh, and the one who was going to ‘pass the buck’ to his team. “You mean ‘delegate’?”

For most, there was more chance of a McDonald’s opening in Stoke Croft’s Carriageworks than them getting to utter an acceptance speech. But that’s Bristol…they cared!

In the end, as we knew it would, it came down to the big two … George v Marvin – the rematch! And they couldn’t be more different. Four years ago I hosted a BBC TV and radio debate with all fifteen candidates. Ferguson didn’t have a manifesto, as such, but a ‘vision’. Rees didn’t have answers, but he had sincerity. Where George was expansive and gregarious, Marvin was brooding and guarded.

George became Mayor, and sparring with him on radio was like wrestling with a shadow. “Steve…Steve…details!!!” he’d protest when questioned on his latest cunning plan. He wanted us to be swept along on his big ideas, and ignore the minutiae. The problem for him was politics, and Bristol in particular, is embedded in detail. We could discuss it for decades! He was frustrated by the inaction. 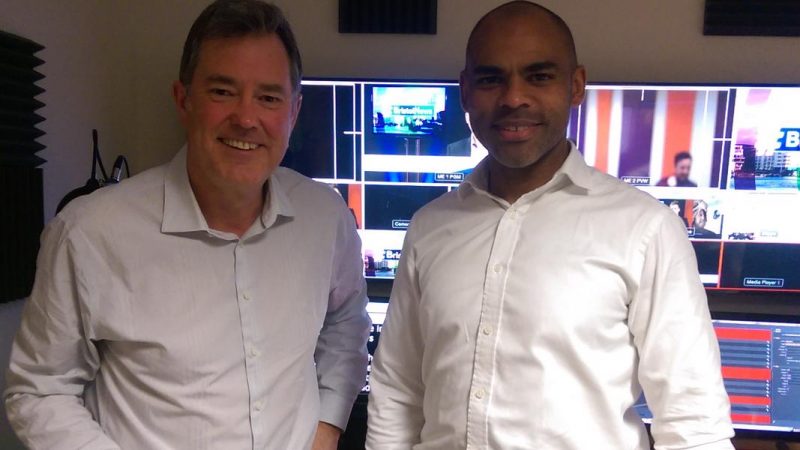 Marvin disappeared from public life, after 2012, but clearly intended to return stronger for the experience. Back then in my interviews with him he seemed guarded, spiky, and ready for battle. When I asked him about this in my Made in Bristol interview, he laughed and said “don’t paint me as the angry black man, Steve.”

He had reason. He came up the hard way, living in a refuge, mixed race kid, single parent family, but whose loving Mum instilled him with belief and ambition to right wrongs. When I’ve spoken with Marvin over the years off air I’ve found him to be a thoroughly likeable and engaging man. So, what’s he doing in the dirty world of politics? The world where, as George said in his concession speech, “If you want to be liked don’t do anything, don’t say anything, don’t be anything”. Ironically he was barracked and heckled as he said it!

I see the Marvin of 2016 as a very different man. Sharply suited, he carries himself like a statesman. He smiles more; he jibes with irony rather than anger. But the sincerity and motivation remain the same, to give all in Bristol the opportunities he fought so hard for himself. He’s at the start of the honeymoon period of course. When he’s pressed to make decisions on repealing 20 mph zones or detail just exactly how he’ll build 2000 houses a year by 2020, partisan lines will be drawn. And, will Corbyn’s close endorsement be a blessing or a curse? Time alone will tell.

I believe George was brilliant for Bristol. He brought fun and vitality, and eccentricity (that after all is what this city prides itself on). He put us on the world map. Coming here seven years ago, I saw a sleeping giant. Bristol had so much to offer, yet Liverpool, Manchester and Leeds were seen in London as the big hitters. Bristol was like a slightly dysfunctional family, a bit shambolic, very hipster, but thoroughly lovable. But it doesn’t like being told what to do. That, I think, was George’s downfall.

Marvin the thinker is in power now. He quoted African proverbs to me in my interview! He’s got intellect and foresight. But he’s also got a biting sense of humour. That might be a vital tool in his armoury in the years ahead. Don’t lose the fun, Mayor Rees. Thanks George. Good luck Marvin.