Steve was presented with the West of England award at a star studded Gala Ceremony at the Bristol Old Vic for his topical TV talk show.

“He has built trust and rapport with his audience. A great interviewer, able to cover a wide range of subjects. His energy and character shine out and give his shows a value beyond their budget.” – The judges citation 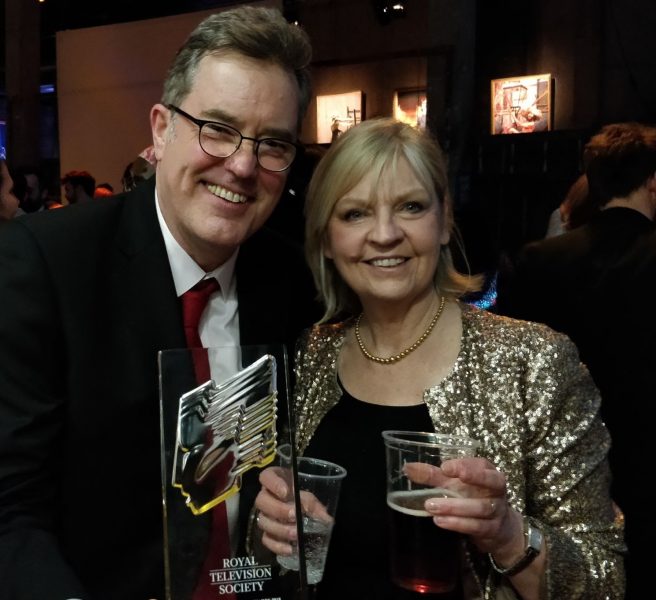 A career highlight achievement picking up the prestigious award for the talk show I conceived, presented, and produced. It was a conviction, really, that top quality television could be produced on next to no budget!! Thanks to Chris James at Made TV for the belief, and letting me loose, and for making the technicals look great – he’s one of the most talented, and fun people I’ve worked with in TV

A top network producer said of the Show – “it’s too good! I keep trying to tell Broadcasters we need more money for people, cameras, editing and you go and do something as good as that for peanuts! Ha. It’s great. Good energy and good cred”.

Also-gobsmacked to win in a category of 3 other big budget network shows, and talent like Andrew Marr!