A great night putting the questions on all things ‘TV’ to high octane teams from top production companies!

There was much, subterfuge, bungs and cute play!! No, not the general election. But the 2019 RTS West of England Big Bumper Quizmas. But all in the very best of festive spirit!!

Try your hand at some of the questions

And yes, the freelance editors, Rudolph the Red Nose Renders (ouch!) came out on top! Maybe the spaghetti and marshmallow tower was the clincher??!! 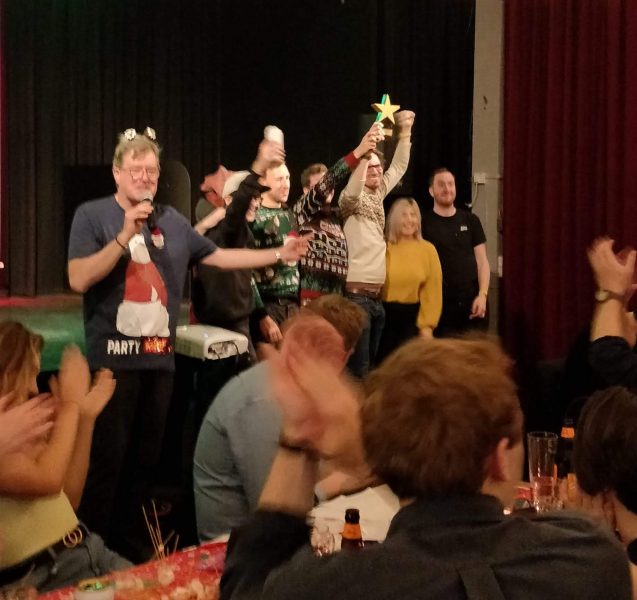 A great pleasure and honour to host the event and thanks to Suzy Lambert, Lynn Barlow and the RTS West of England committee for putting on such a great night at The Folk House, the brilliant teams and ‘Quizmas’s little helpers’ from Bristol University.